Wolf & Crow teamed up with regular collaborator and director Andrew Thomas Huang to create an epic-length music video for Björk’s retrospective exhibit at the Museum of Modern Art in March 2015. The ten-minute film opens with a very long, slow, deliberate push into Björk suspended inside a sort of cave, continuing past her body and through a large crag before opening up into another long tracking shot inside an Icelandic cavern. 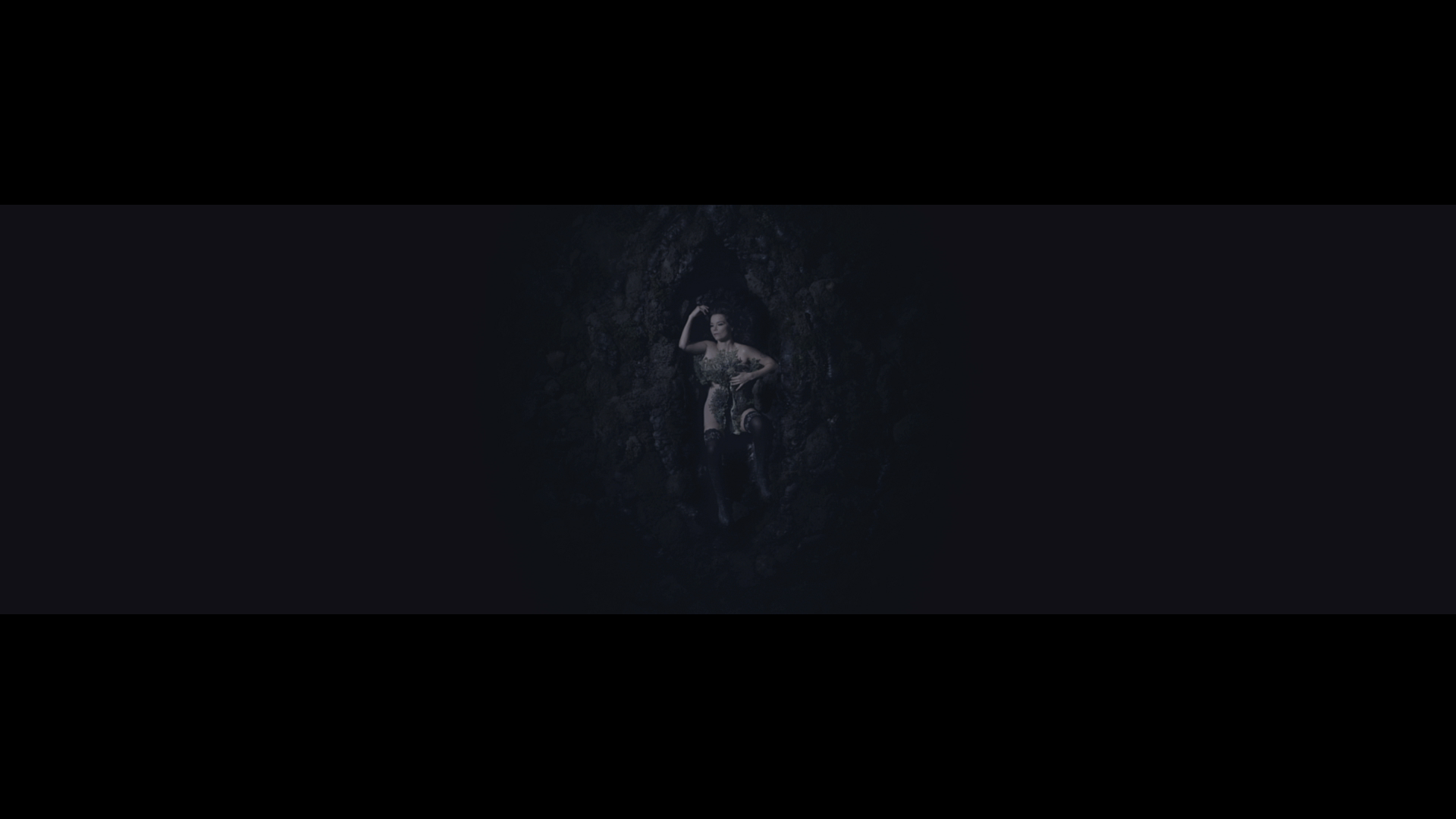 The total length of the shot up until the start of the cavern ended up being about close to three minutes, and involved stitching together two tracked cameras with a CG interlude in the middle, seamlessly. I tracked both shots in Nuke, which worked well individually, but were very difficult to splice together; the first shot was a vertical dolly that eventually pulled through the performer’s knees, and the last shot was another vertical dolly that was at a drastically different scene scale, but the entire move needed to appear completely seamless with no acceleration.

I used Houdini to plot out the movements of both tracked cameras in space, and then procedurally generated a smooth path between both movements after rotating the individual paths relative to each other in order to make the transition as smooth as possible. I had a little flexibility with the transitional shot in the middle (where the title card first appears) as it was entirely CG, so in order to keep the apparent motion of the camera steady, I cheated by adjusting the rotation of the camera, substituting a dolly for a tilt. The actual path of the camera in space would have ended up looking something like a loop-the-loop, but you’d never know watching it. 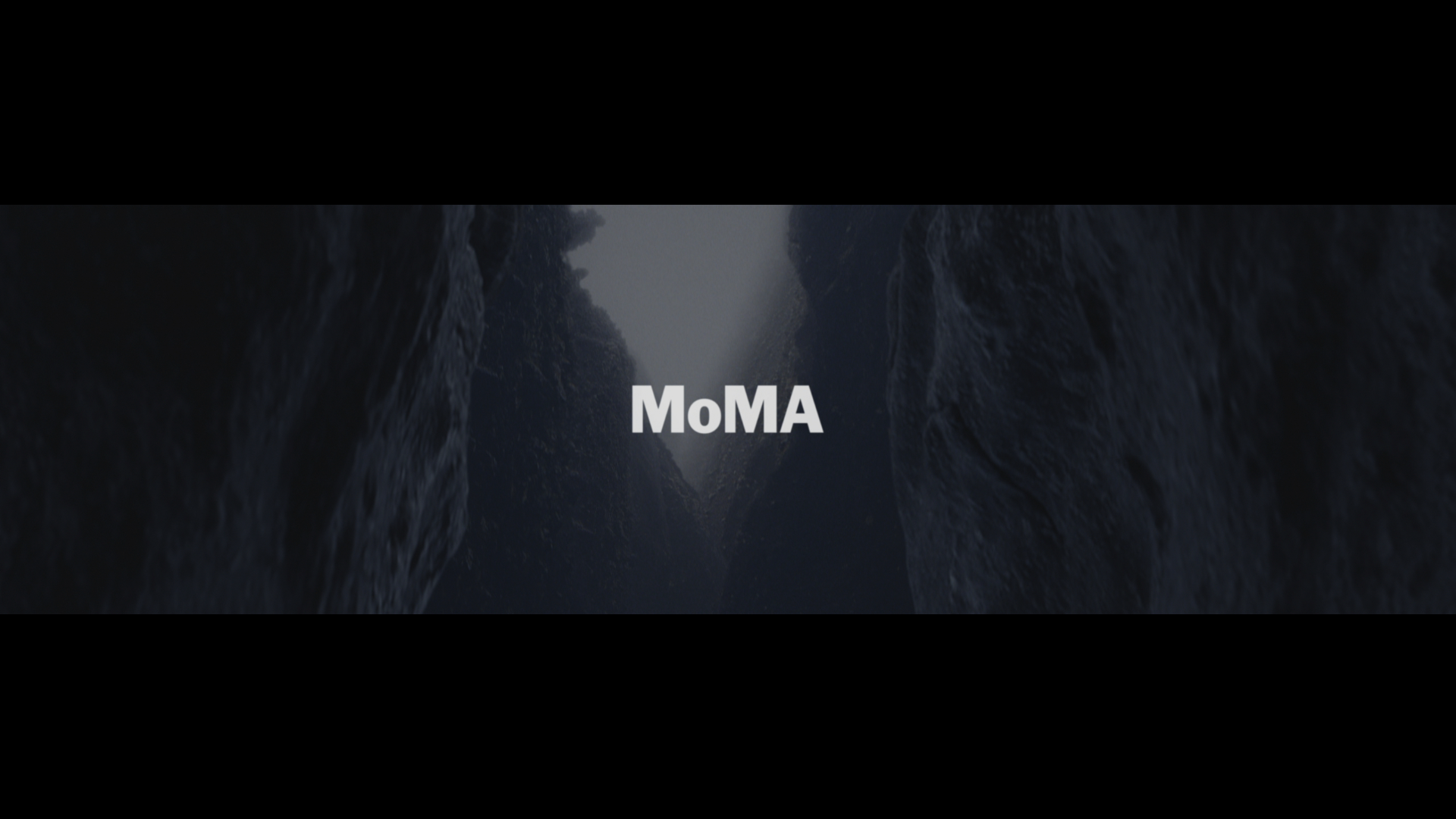 The CG crag itself was a few bits of geometry derived from some photogrammetry taken in Iceland (of course), strategically placed to make the rotational motion of the camera look like a dolly shot, and to form the same shape motif that Björk is inside during the opening shot. It was a tricky sequence to mix together, but the constant, steady motion really helps sell the weighty drama of the whole piece.

I’ve always admired Björk’s music and her avant-garde sensibility, so this was a really fun project to work on despite the technical challenges! 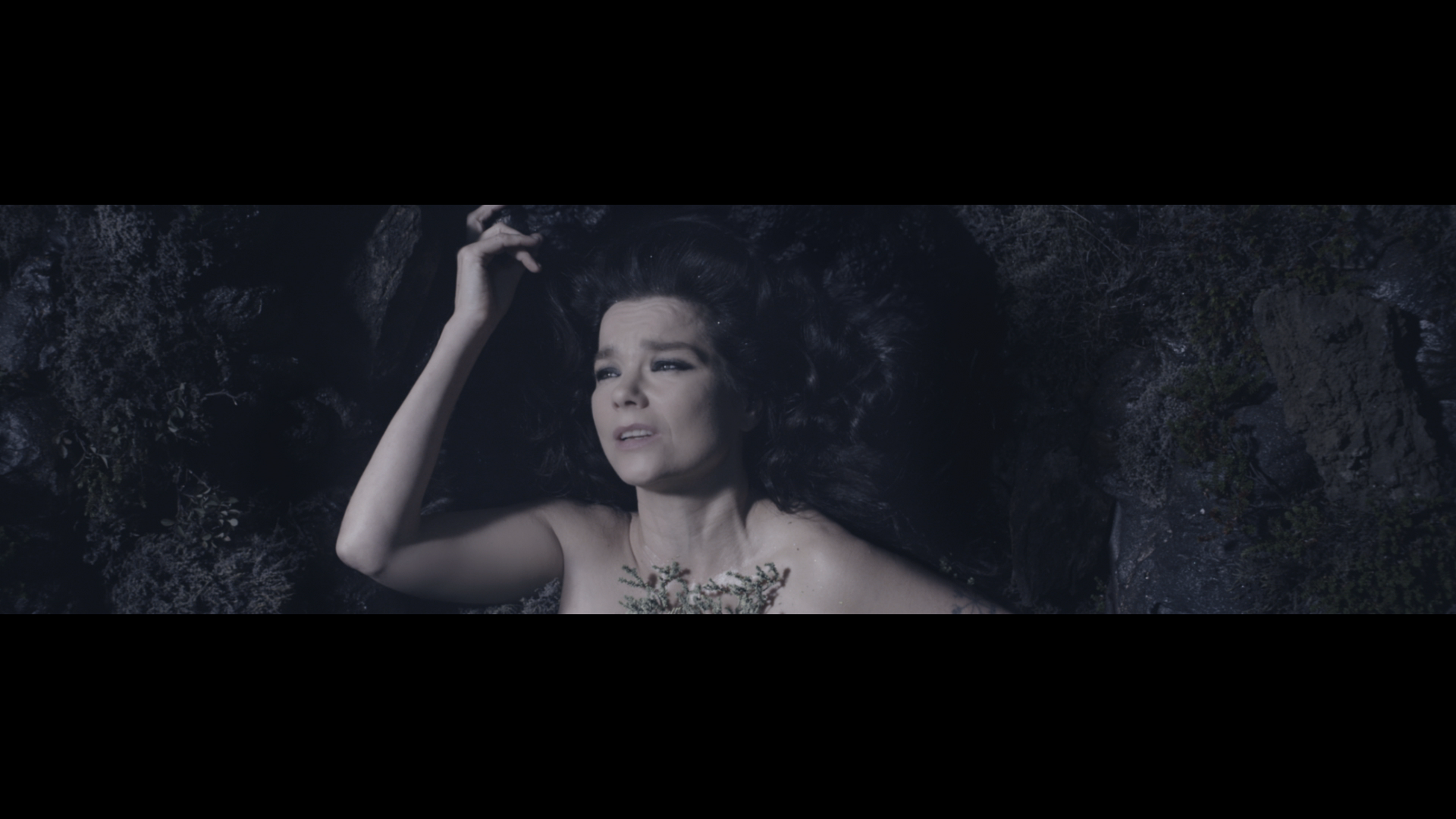