Working with the multi-talented Dan Blank has to be one of the most fun experiences in my career. Dan set out to make a trailer for the hypothetical feature film, Monster Roll, about a team of sushi chefs battling gigantic kaiju sea monsters. Dan, myself, and a tiny handful of artists chipped away at this film in our spare time over a period of months, hunched over computers on nights and weekends. It was really refreshing to be working on a project that wasn’t trying to sell you something (other than the movie itself, of course)! 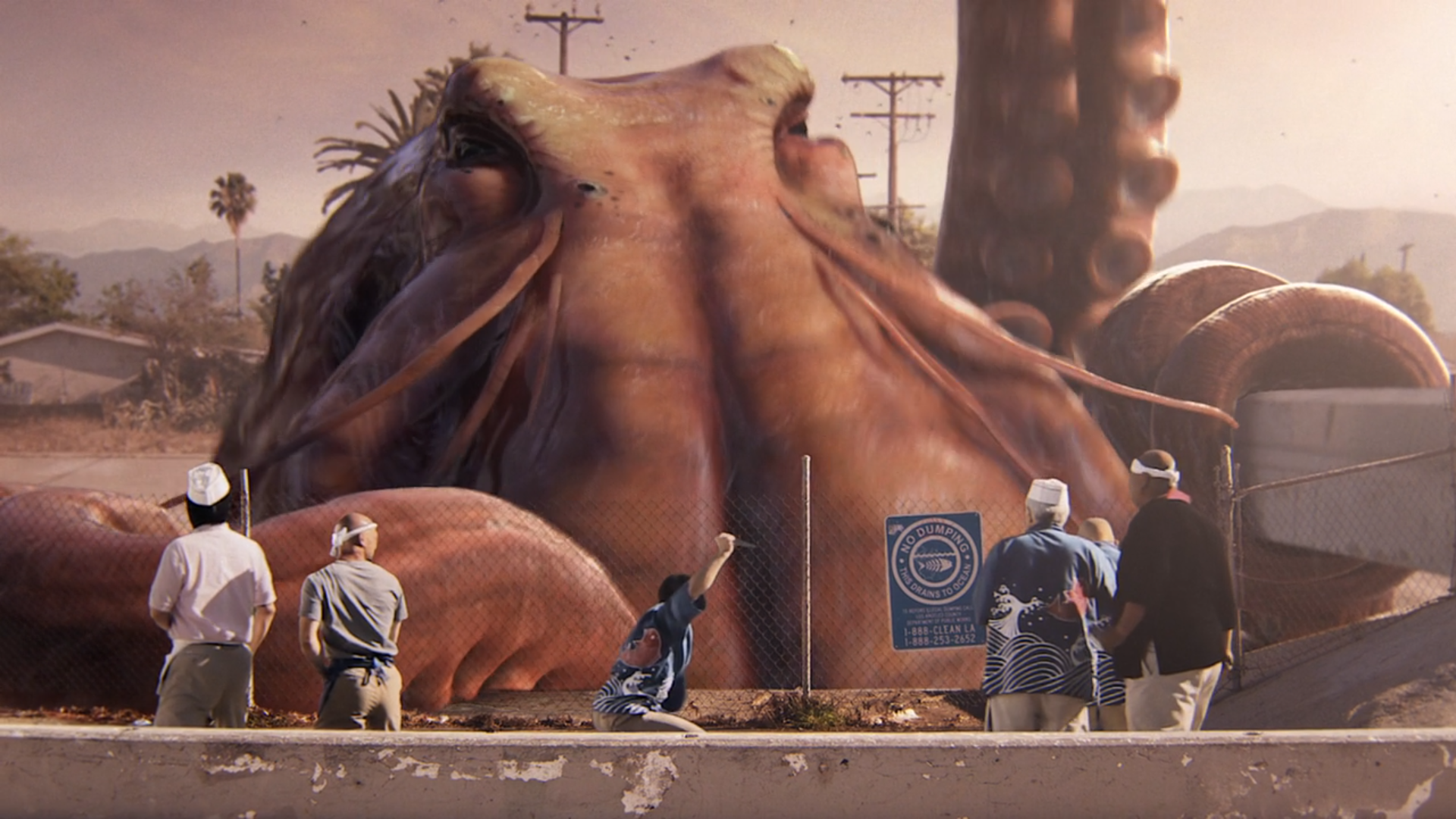 My main role on this project was as CG Supervisor, but I also handled scene assembly, shading, lighting and rendering. Artists friends of Dan were pitching in from all over the country, so I helped come up with a simple animation pipeline for the artists to work under so that they could easily pass us the extracted animation data from their scenes with a minimum of fuss. I sat with Dan after hours and worked on light rigs and materials while he handled color and finishing on other shots. Seafood tends to have a really wonderful (and gross) translucency to it that was a lot of fun to try to approximate at such a large scale, along with all the wet goopy material properties you’d expect from something with tentacles. Trying to match the lighting in the sushi restaurant while the tentacle swings around all kinds of obstacles was a really fun challenge!

I also chipped in on rigging the giant crab, which was also a good time thanks to its many legs, and the huge monstrous fish at the very end. They are unfortunately only on the screen for a brief moment, but they were at least easy to animate!

I can’t emphasize enough just how fun this job was. I hope I get another shot to work with Dan in the future! 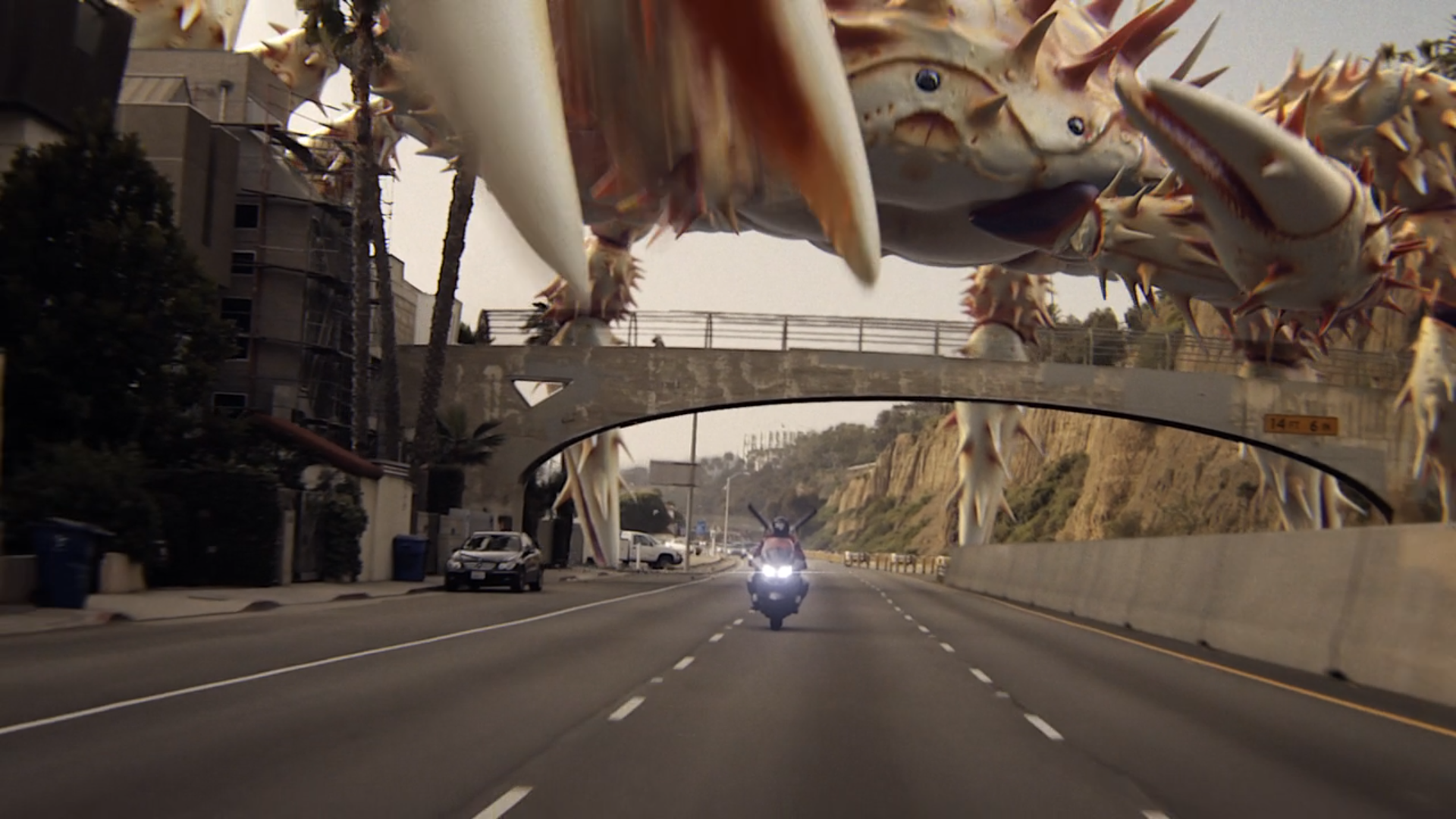